DELIVERY FREE FROM 200€ (Except France)

Our customers recommend us

NEEM, A MIRACLE TREE WITH A THOUSAND VIRTUES

Coveted for its numerous dermatological properties, the Neem tree has become a safe bet in the cosmetics industry. It adapts to the hottest climates to develop and deliver a rich oil that is appreciated by our skin. Let’s discover the specific virtues of this miracle tree.

WHERE DOES THE NEEM TREE COME FROM?

The exact origin of the Neem tree is unknown. Some believe that the Neem tree originated in the vast region of Assam-Burma. It is naturally distributed in the Indian subcontinent. It has recently been planted in tropical South America, the Philippines and northern Australia. It is one of the most widely planted trees in the tropical zone of the world.

In the traditional culture of India, Neem is considered sacred and protective. It was an integral part of the Harappa culture, one of the greatest civilisations that developed in the Indus Valley (northwest India) from the sixth millennium BC.

In Sanskrit, the Veda texts, dating back 4500 years, mention the plant. In this language, Neem is called “nimba”, meaning “that which gives good health”. According to Indian mythology, Neem is derived from the cream of the “milk of the ocean”, the nectar of the gods, a few drops of which fell to earth following a blunder by Indra, the god of war and time. These pearls of ambrosia are said to have germinated to produce this wonderful tree. In rural India, it is called the “village pharmacist”. The Neem Tree has been declared the “Tree of the 21st Century” by the United Nations.

This evergreen tree can grow up to 5m to 20m high and has a round or oval crown. Its leaves alternate between different shades of dark green. Rich in protein, they are consumed as fodder by animals.

Its flowers vary from a beautiful white to a cream colour and have a honey-like smell. The fruits are yellow-green olives of up to 3 cm in size. The kernels extracted from the stone of these fruits are pressed to obtain an oil rich in sulphur. 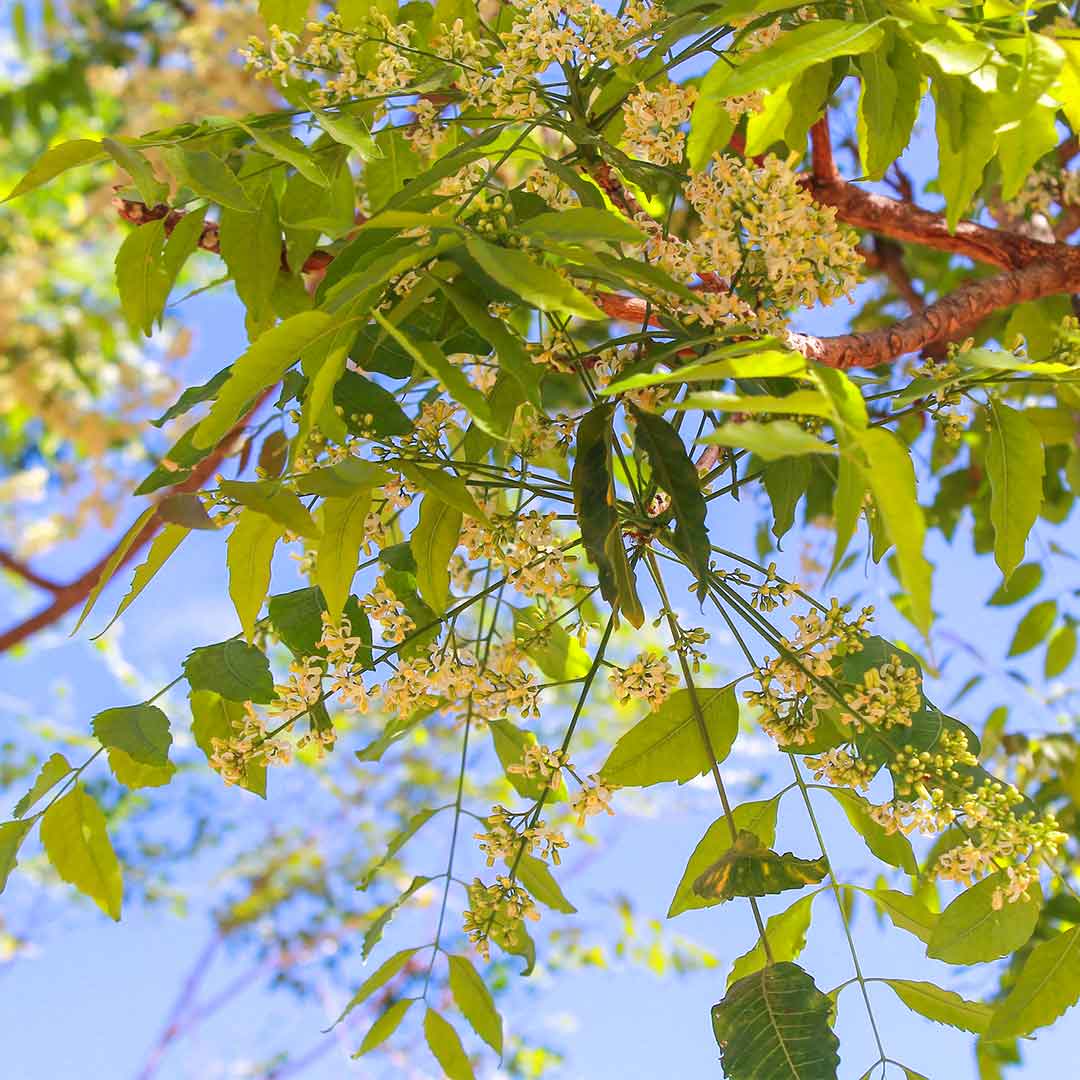 WHAT ARE ITS ADVANTAGES?

In traditional Indian medicine and in homeopathic medicine, Neem extracts are used to treat infections, pain and fever, to purify the skin and act on inflammations and seborrheic infections, to clean and disinfect the teeth by rubbing them with the branches or roots. The Indian custom is to chew a few leaves as a purification and to drink Neem tea as a tonic and preventive. The juice of the leaves is used externally for its anti-bacterial, anti-inflammatory and anti-fungal properties.

Scientific studies have shown that all parts of this tree have powerful pharmacological and dermatological properties.

The cosmetics industry is beginning to take an interest by incorporating neem seed oil into its products: soaps, toothpastes, nail and skin regenerants (creams, body oils, sun protection). But it is the regenerative and protective properties of the neem leaves that are the most promising.

The Neem tree is still little known in Europe. Our mission is to make the power of all its benefits available to beauty enthusiasts.

This error message is only visible to WordPress admins

Please go to the Instagram Feed settings page to create a feed.

1FREE NYMEXFOLIATING MASK FOR THE PURCHASE OF 2 NYM PRODUCTS

To take advantage of the offer, nothing could be simpler, add 2 NYM products to your basket and your gift will appear by magic (non-cumulative offer)!

If you want to know about future NYM offers, just subscribe to the Newsletter! 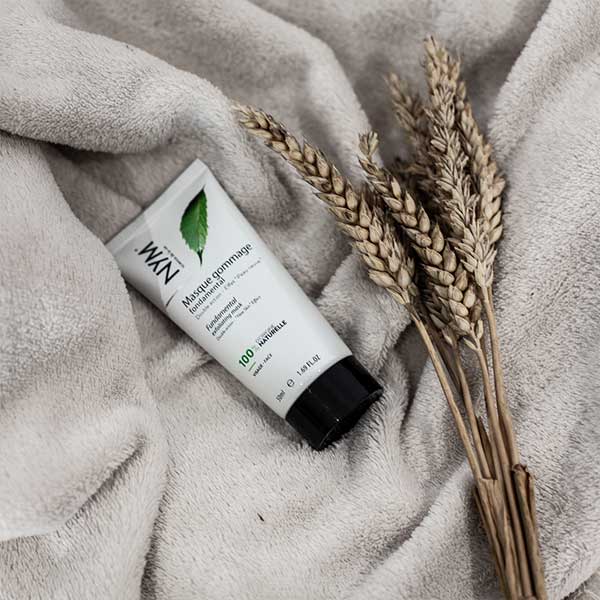 Congratulations, you are now part of Team NYM

DELIVERY FREE FROM 200€ (Except France)

Select the fields to be shown. Others will be hidden. Drag and drop to rearrange the order.
Click outside to hide the compare bar
Compare
Compare ×
Let's Compare! Continue shopping